The Ebola epidemic in West Africa is the largest and longest Ebola outbreak in history. It has killed more people than all other Ebola outbreaks combined. The majority of cases are in three countries: Guinea, Liberia and Sierra Leone. Mali, Spain, and the United States of America have also reported a small number of cases.

The humanitarian crisis goes beyond those who are sick. Ripple effects from the outbreak have put strains on food security, the economy and care for patients suffering from other conditions, such as malaria and malnutrition. 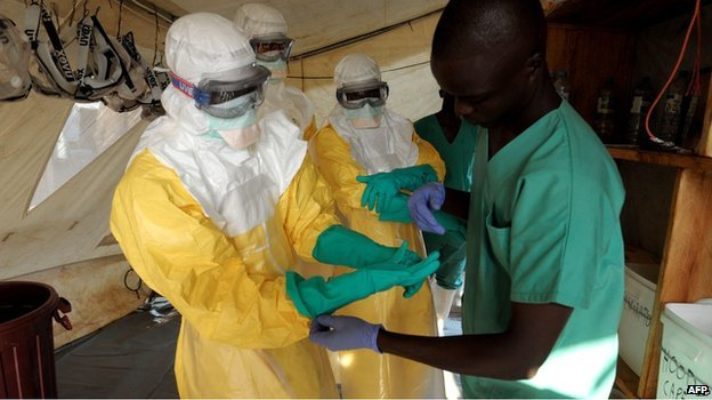 At a recent conference, I attended a session about the philanthropic response to Ebola. Joined by national and international colleagues, I was struck by the response of a woman from a South African community foundation who mentioned that many traditional Western funding sources are seemingly absent in response to this Ebola outbreak.

Should you desire to give in response to the Ebola crisis, we want to connect you with a few key resources that will help you make strategic decisions for your giving.

InterAction is an organization that thinks strategically about making long-term change around pressing global issues. They have put together a list of organizations providing clinical care, logistical support and effective community outreach in response to Ebola.

From this list, we at Grand Rapids Community Foundation are particularly excited about the work of:

American Jewish World Service: is supporting grassroots organizations in Liberia and Senegal that are helping to replace panic with trust, contain the outbreak and save lives.

Catholic Relief:is collaborating with the Catholic Church, local leaders, and the Ministries of Health in Guinea, Liberia and Sierra Leone on large public awareness campaigns to educate people on Ebola prevention, transmission and proper treatment

International Medical Corps: is running a 70-bed treatment facility in Bong County, Liberia. It is also providing training for urgently-needed healthcare workers to respond effectively to an increasing caseload of Ebola patients in Sierra Leone.

Our Program Director Laurie Craft mentioned, "To me, prevention through education and trust-building, and rapid response medical treatment are the biggest issues." As always, we are here to brainstorm with you about the most strategic ways of giving for the good of our community and our world. If you have any questions for giving in response to the Ebola crisis, you can contact us at 616.454.1751.