While we tend to be a forward-looking organization, our past is quite impressive too. Our community’s needs have evolved through our history. The Community Foundation has a proven track record of responding to those needs and working with nonprofit and community partners to address key issues. 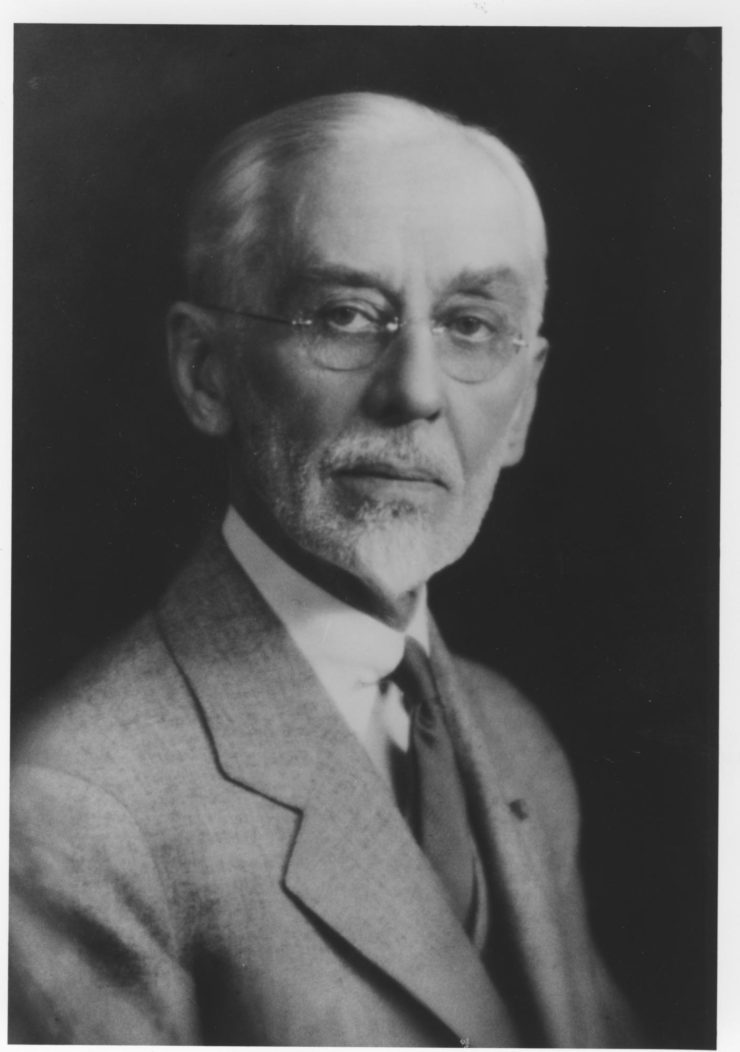 With little more than a $25 donation and a dream, Grand Rapids entrepreneur Lee Hutchins (shown in image) took a bold step and pursues his vision of perpetuating the moral, physical and mental welfare of the city and its people by creating the Grand Rapids Foundation in 1922.

The Foundation attracts its first major donation, an estate gift from George and Mary Metz, in 1929. 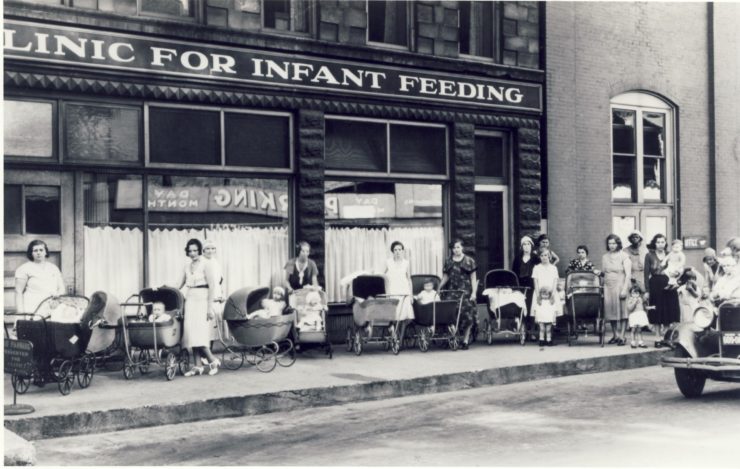 In 1930 the Foundation makes its first grants, including to Grand Rapids Welfare Union (a predecessor to United Way) and Salvation Army. The Foundation also expands its operations beyond Grand Rapids to encompass all of Kent County. Assets soar to approximately $200,000 and the first development officer is appointed.

The Foundation embarks on a community study designed to ensure a more objective allocation of funds and distributes $55,600 in grants during the decade, primarily to social service agencies including D.A. Blodgett Homes for Children and Blodgett Clinic for Infant Feeding (shown in image).

Wartime conditions heighten the shortage of local nurses, compelling the Foundation in 1945 to initiate a post graduate scholarship program for nurses and faculty from area hospitals. The Foundation awards scholarships of up to $1,000 per person per year. 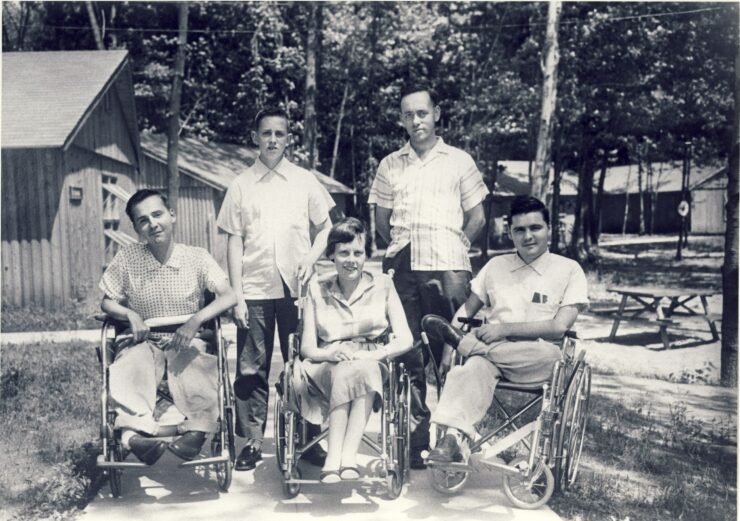 Grants reflect an interest in employing professional personnel and techniques in the search for solutions to community problems. Grants are made for Butterworth Hospital Outpatient Clinic, Indian Trails Camp (shown in image) start-up operations and the Kent County Tuberculosis Society X-ray bus. 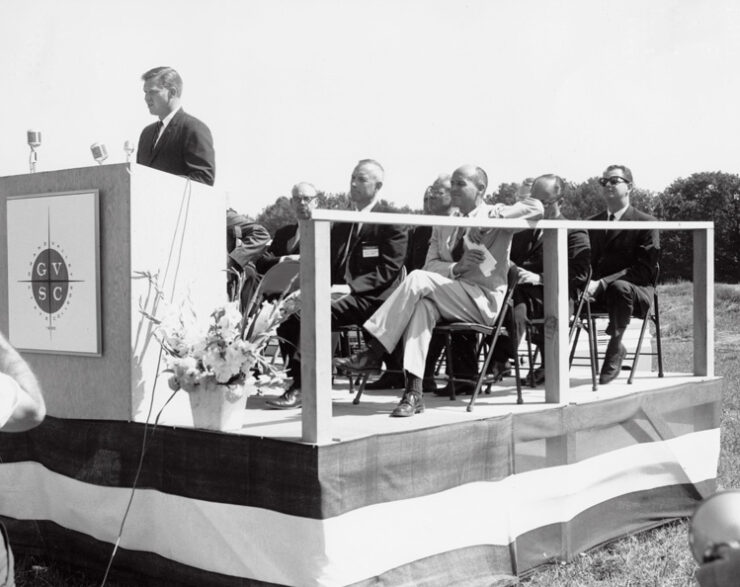 With an emphasis on grants issued toward education, the Foundation issues its largest gift to date: $50,000 to establish Grand Valley State College (shown in image). Capital projects are also funded for Calvin College’s Knollcrest Campus and the Grand Rapids Public Library’s downtown location.

Additional grants for a dental clinic for children from low income families and a half-way house for rehabilitating prison parolees reflect the Board of Trustees' increasing activism in dealing with social issues affecting the community.

In 1966, the Foundation awards grants to create a police-community relations program. As civil unrest issues continue to rise, the Foundation supports a variety of programs aimed at resolving issues, including a grant to Grand Valley State College to establish an Urban Studies Institute and awards grants to nonprofit organizations to improve inner-city housing. 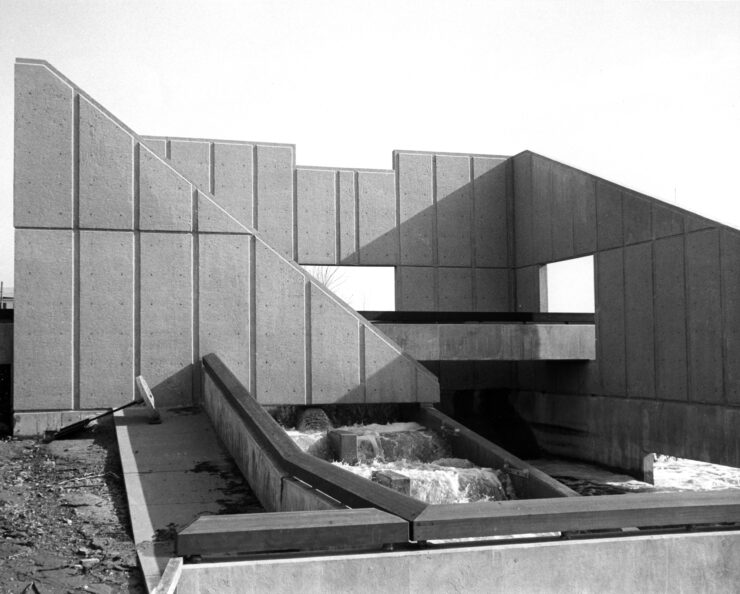 With a $1.5 million estate gift earmarked "for the elderly" from Lucy Barnett, the Foundation funds a study of senior citizen needs which evolves into providing access to housing, transportation and health services. Continuing its commitment to public art projects, the Foundation helps fund artist Joseph Kinnebrew's Fish Ladder sculpture (shown in image) in the Grand River. By 1979, the Foundation's assets are $14 million. 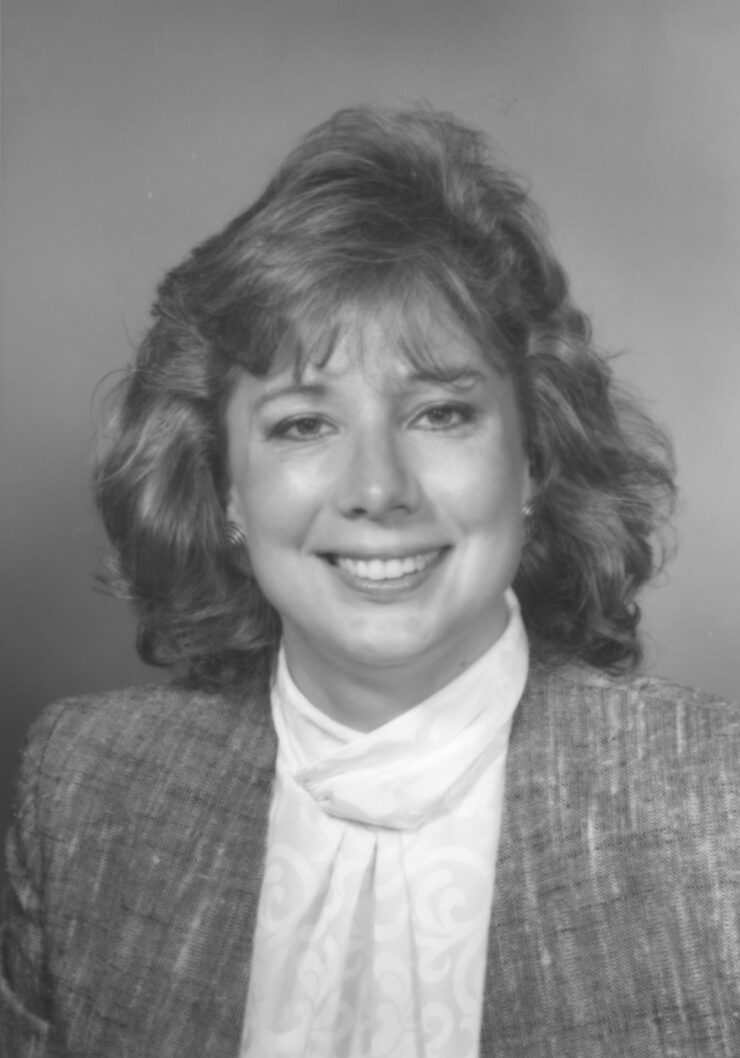 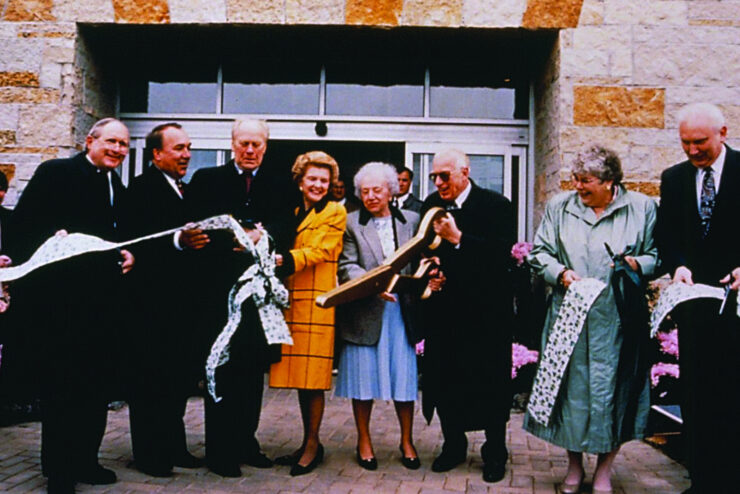 The Foundation assets reach $35 million. Among the grants made in that decade, The AIDS Resource Center receives start-up funds as the AIDS crisis begins to affect West Michigan. Executive director Patricia Edison retires and Diana R. Sieger (shown in image) is hired as president in 1987.

In 1990, The Tom and Mickie Fox Family Advised und is established as the Foundation’s first Donor Advised fund.

In 1992, the Foundation convenes 200 community leaders to define community priorities for the 21st century. The needs of children at risk was the greatest concern and the Foundation plays a leadership role in issue of prevention of child abuse and neglect.

In 1997, the Foundation celebrates its 75th anniversary with more than $80 million in assets and $3 million distributed in grants annually.

Create Your Own Fund 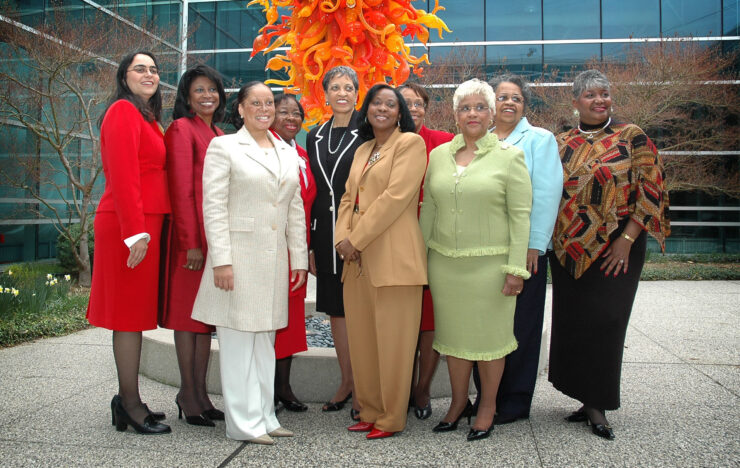 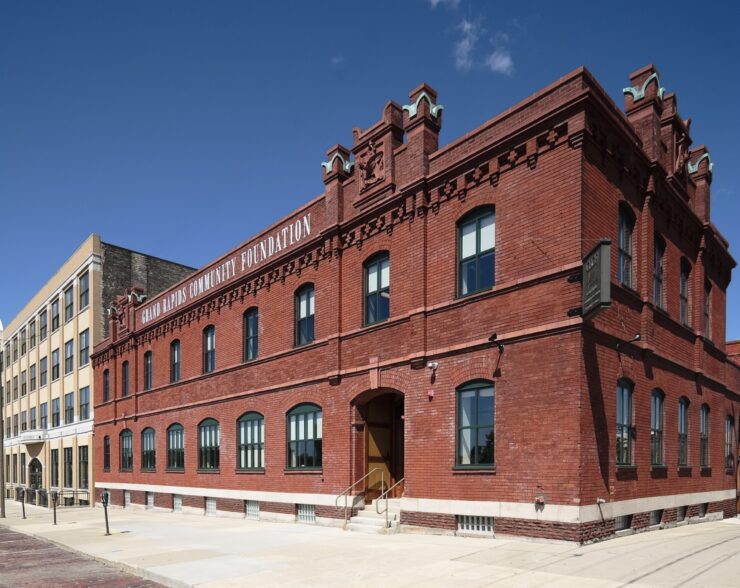 In 2000, the Foundation formally changes its name to Grand Rapids Community Foundation to better reflect its unique role and formation. The Board of Trustees vote in 2005 to change the governance model from one of appointed members from various community entities to a board appointed model, an accepted practice in the community foundation field that removes potential conflicts of interest.

In 2006 the African American Heritage Fund (shown in image, now Black Legacy Fund) is established in response to a community desire for partnership with African American communities. This endowed Field of Interest fund makes its first grant in 2008 to Youth Engaged in Government, a summer program of New Hope Baptist Church. 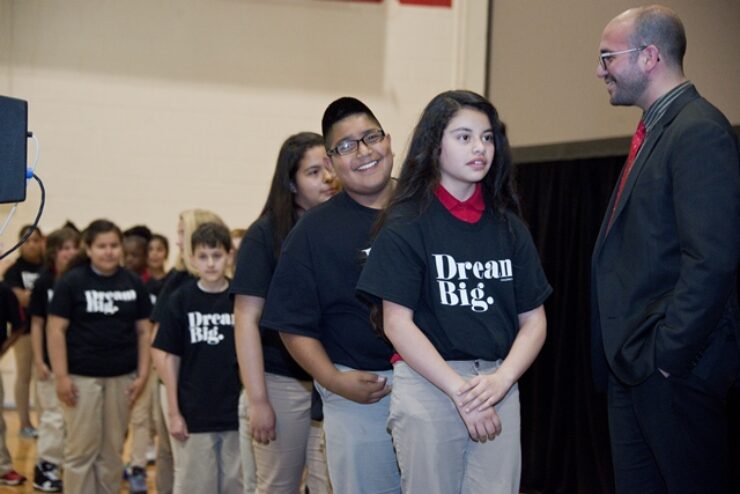 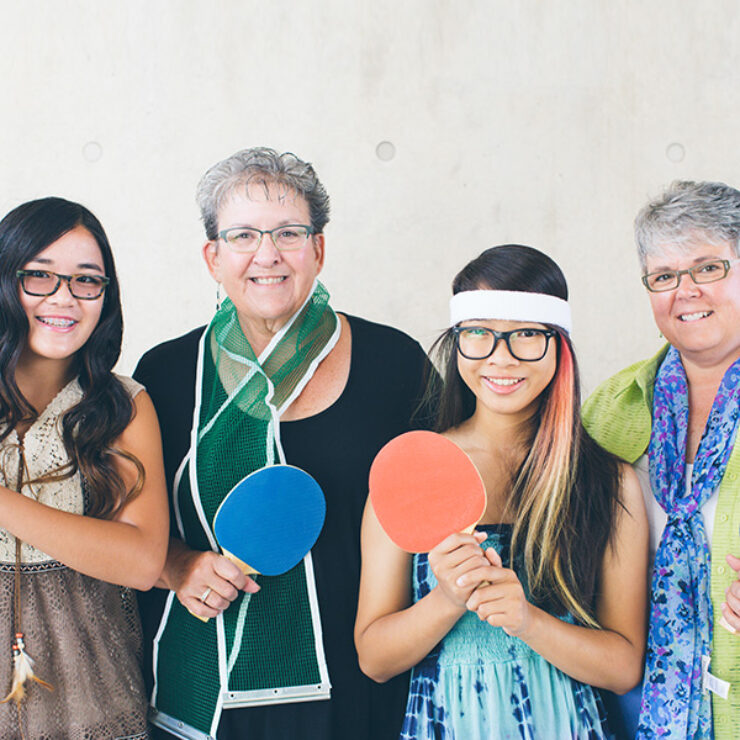 To increase the number of low-income, first-generation college-goers who successfully earn a degree or vocational certificate, the Community Foundation launches Challenge Scholars, a program to academically support and provide college tuition for Grand Rapids Public Schools students on the city's West side (shown in image). The first class is enrolled in 2013.

Our LGBT Fund (shown in image, now Our LGBTQ Fund) is created in 2013 with a matching gift from donors Carol Sarosik and Shelley Padnos. The Field of Interest fund is focused on helping LGBT youth and families.

In 2019, the Community Foundation is among the international grant partners selected for W. K. Kellogg Foundation’s Catalyzing Community Giving cohort, which seeks to amplify locally-driven philanthropy by and for communities of color. 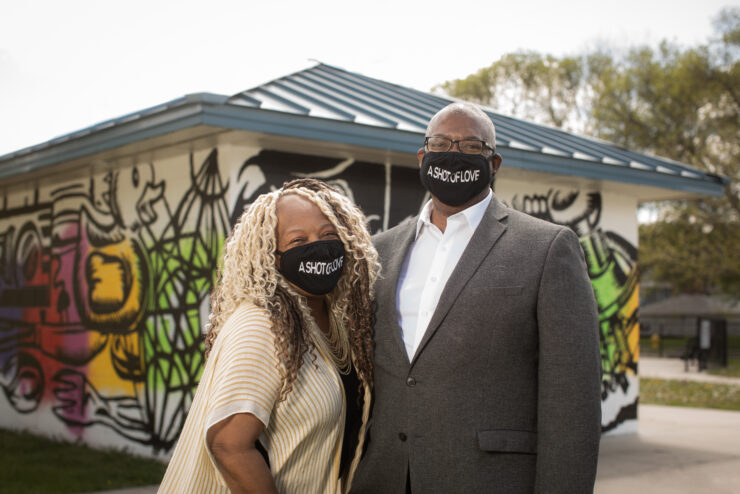 The COVID-19 pandemic highlighted existing disparities, making them impossible to ignore. The Community Foundation collaborates with area foundations, nonprofits and business leaders to assess the immediate, near and long-term impacts of the crisis, and establishes the Kent County COVID-19 Recovery Fund. Community-led responses like Shot of Love (shown in image) bring together nonprofit, grassroots and faith-based organizations.

The Community Foundation is fiscal sponsor of La Lucha Fund, an emergency response to provide financial resources directly to families who are undocumented or have mixed immigration status, making them ineligible for government support.

Learn how we are celebrating a century of service and impact—and how you can get involved!